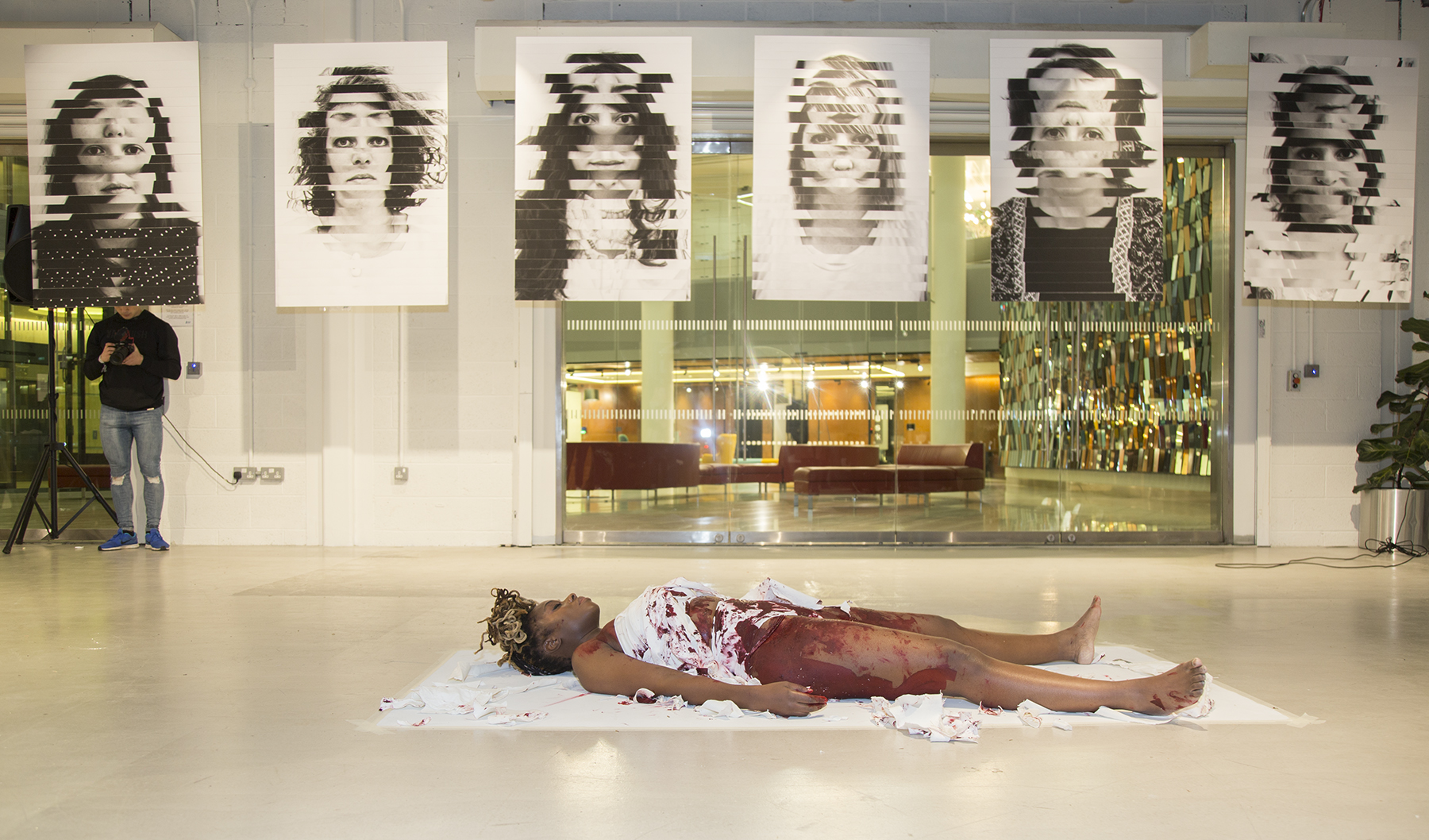 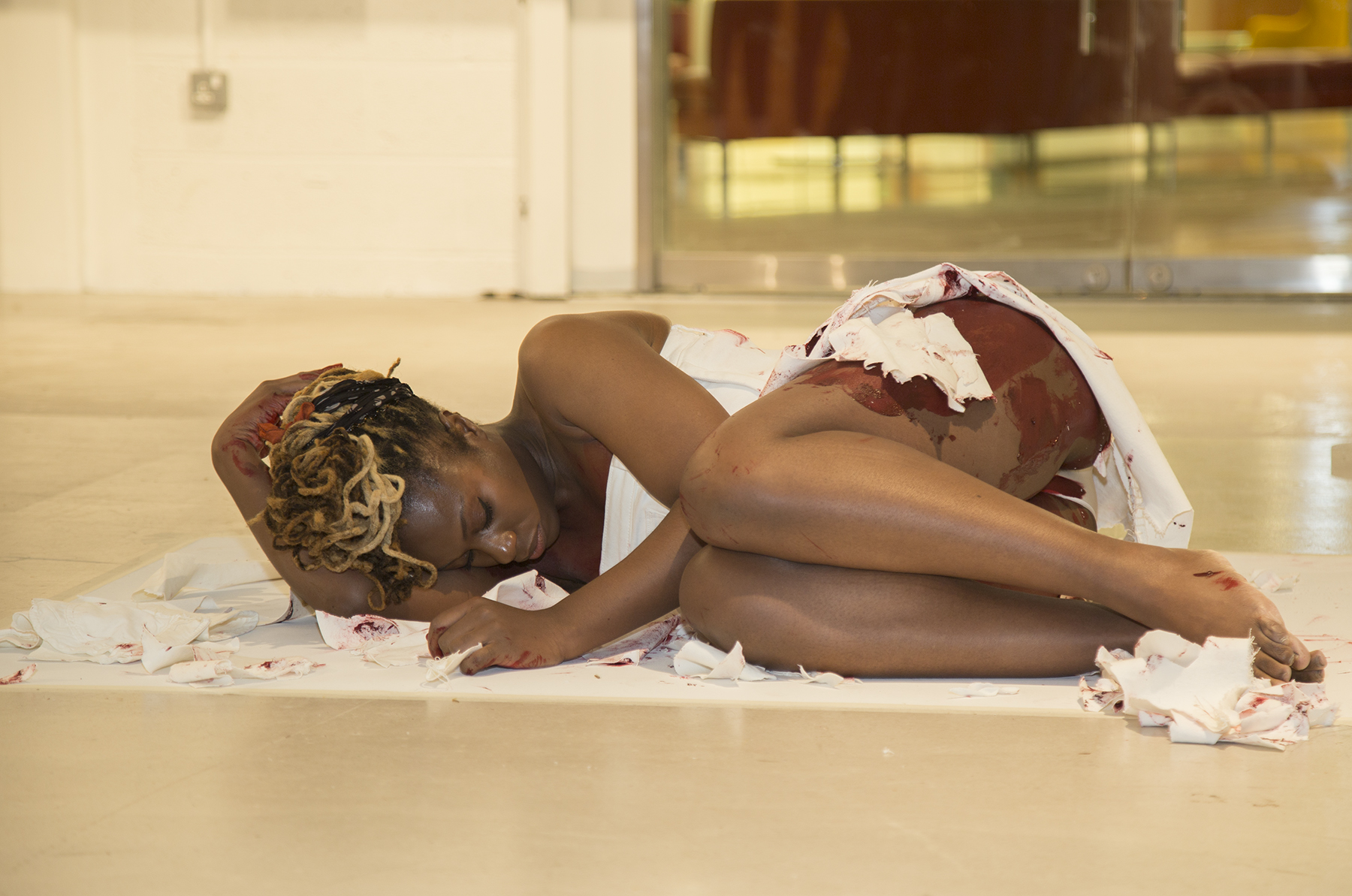 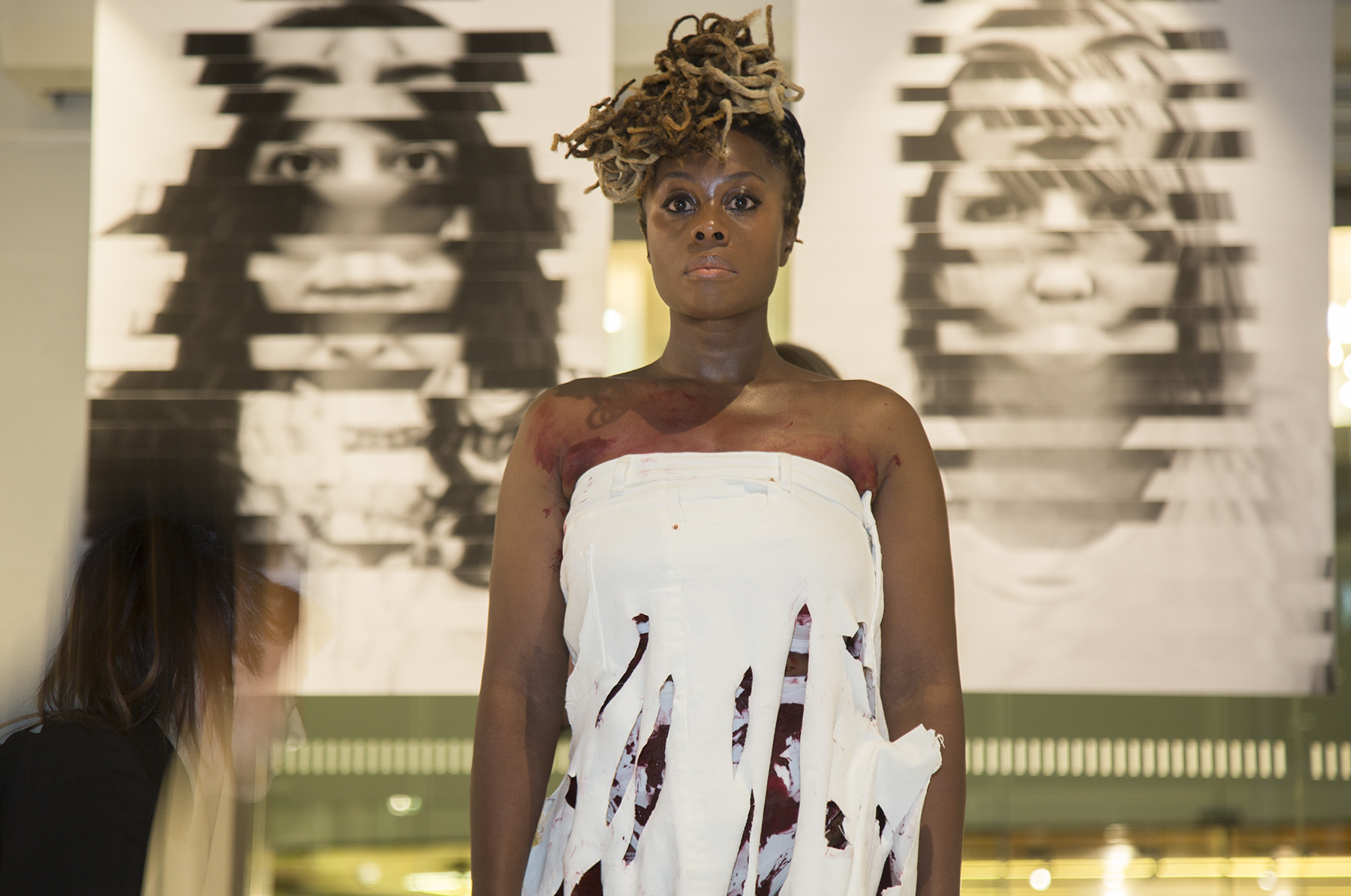 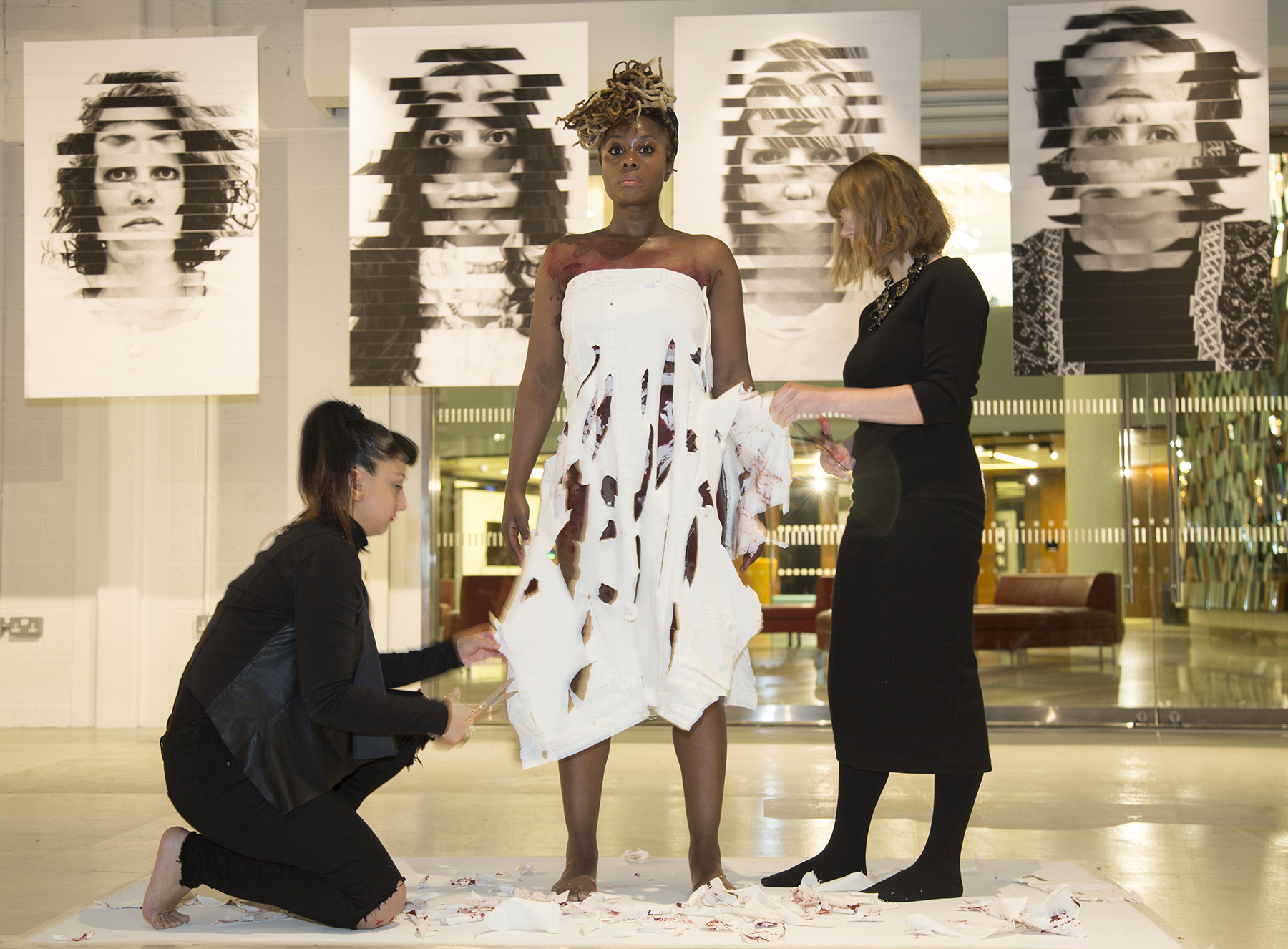 This performance was the artist’s response to a series of fragmented photographs of women by fellow artist Clemence Vazard.

Vazard recorded interviews with 12 women about their first experience of sexual harassment and used the audio to create a sound piece to go alongside the photographs. Surrounded by the images and with the sound piece playing, Damoah stood motionless in front of the audience whilst Vazard and an assistant cut her white dress from her body to reveal blood stained skin. Once the clothes were cut off, Damoah pulled a condom filled with blood from between her legs and squeezed it out onto the canvas. Damoah then proceeded to lie on the canvas, starting in a fetal position and ending on her back, leaving an imprint of her blood soaked body on the canvas, before walking away, leaving the stains and cut clothes on the canvas. The cutting of the clothes was a nod to Yoko Ono’s 1965 performance “Cut Piece” in which the artist sat passively while audience members cut her clothes from her body until she was a naked sexual object having had her clothes violently cut from her body as other audience members watched.

Of the performance, Damoah stated, “As someone who has had personal experience of sexual harassment and sexual assault, I wanted to demonstrate the extreme violence that is inflicted on the body and the psyche whether the assault/harassment is physical in nature or not. These kinds of attacks leave lifelong wounds and scars that can be difficult and for some impossible to work through. I am so grateful to be living in a time when movements like #metoo exist. When we can talk openly about things that even 10 years ago were too painful or taboo to talk about. It is only by confronting abuse and trauma that we can move on and heal.”